All Units must be produced before they can be used by the Commander.  Each seperate category of Units ( Aircraft, Vehicles, Infantry & Merc Mechs ) has its own Production Building specifically for that unit type. 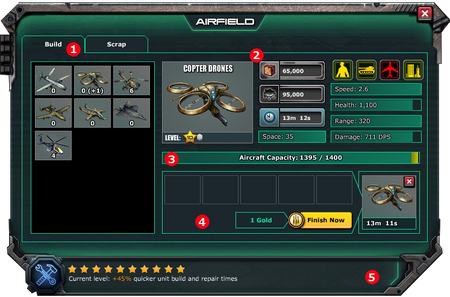 War Production is the ability to produce and spawn spacific units to aid in Defense while the base is under attack.

Relationship to the Aircraft Hangar

Relationship to the Helipad

Relationship to The Drone Silo

The Level of Airfield determines the amount of additional space that is added to the total Aircraft Capacity.

The total Aircraft Capacity or Production Space is derived from three Military Buildings : 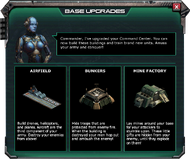 Unique Airfield Design
Add a photo to this gallery 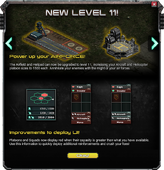 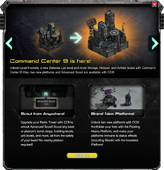 Retrieved from "https://warcommander.fandom.com/wiki/Airfield?oldid=243772"
Community content is available under CC-BY-SA unless otherwise noted.