Operation: Iron Reign is the 29th Special Event to be presented in War Commander.
In most cases Commanders are challenged to complete increasingly more difficult objectives against one or more Rogue Factions. With the successful completion of each objective in the allotted time the Player is awarded with special Event Experience Points (eXP) which they may in turn use to unlock Special Event Prizes in the Event Shop.
The Event Format for each Special Event may vary, see below for more information.

Ending of a Special Event

Use It Or Lose It

Vanquisher Commander Info
Add a photo to this gallery 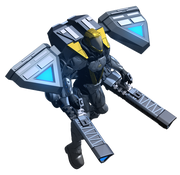 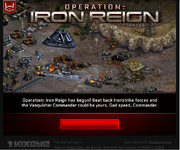 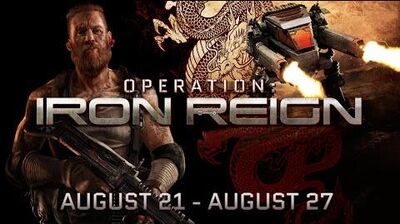 Retrieved from "https://warcommander.fandom.com/wiki/Operation:_Iron_Reign?oldid=174198"
Community content is available under CC-BY-SA unless otherwise noted.