Thorium is an uncommon resource that is used for certain more advanced upgrades. Notably, they are needed to upgrade your Defense Platform to level 4 and above, your walls to level 5 and above, to upgrade some troops to a certain level, and to build Faction units.

Thorium cannot be obtained by destroying ordinary Rogue Faction bases, but they can be found in Verkraft Thorium Compound bases, which are considerably more difficult. They are stored in Thorium Vaults and can also be mined using the Thorium Mine.

Thorium can be mined by thorium mine in your base, and it can also be gained by destroying Verkraft bases or player bases.

Thorium was introduced on February 13th, 2013, where it served as a rare resource used to perform the most advanced upgrades. They were (and are still) used to upgrade the Legacy units at that time to Level 10 higher, as well as unlock other specialty or high-level units and structures. Many of the initial upgrades and builds requiring Thorium have the instant 5s repair time, but now it no longer holds.

The Thorium storage was much smaller, at a few million units of that resource. Furthermore, they can only be obtained by seizing Thorium Deposits that only spawned occasionally in the World Map and were heavily defended at the time. Unlike metal and oil Deposits, Thorium deposits were temporary, will consume Thorium when it was not captured (owned by Verkraft), and all Thorium extracted by the player will also drain the Deposit by the amount extracted. At that time, the player will be notified of when the next Thorium deposit batch will spawn, and when these deposits were present on the World Map.

Soon, these deposits were spawned at a regular basis every day. They existed for almost three years, until they were sufficiently abundant that they have been replaced by Verkraft Thorium Compounds. These Compounds allow you to instantly loot all the Rogue Thorium and the amounts obtained are much greater.

Thorium Mine
Add a photo to this gallery 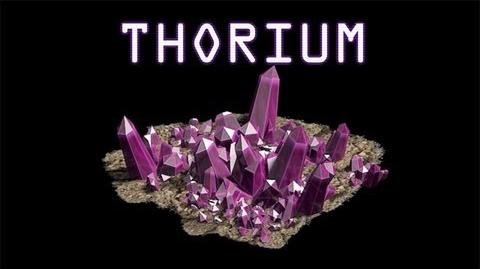 Retrieved from "https://warcommander.fandom.com/wiki/Thorium?oldid=230187"
Community content is available under CC-BY-SA unless otherwise noted.