From the War Room the Player could : 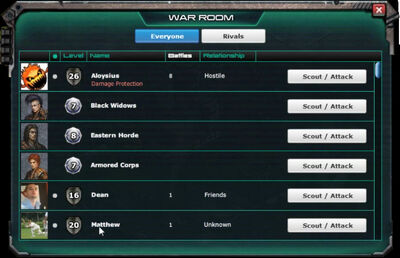 War Room in the "Wild"

Access to War Room through its eponymous named Button

War Room Still Appeared On The Player Base

Old Attack Warning
Add a photo to this gallery

Retrieved from "https://warcommander.fandom.com/wiki/War_Room?oldid=227980"
Community content is available under CC-BY-SA unless otherwise noted.